Freedom of Speech is Now Labeled as a Terrorist Threat? DHS Secretary Thinks So Our nation’s enemies are attacking us from Beijing and Moscow, plus are openly and secretly tearing us down from within.

With an incoherent president in office who is just trying to remember what day of the week it is, the radical members of President Joe Biden’s cabinet appear to be free to execute the directives coming from, in my opinion, Barak Obama’s desk, a short drive down the street from the White House. 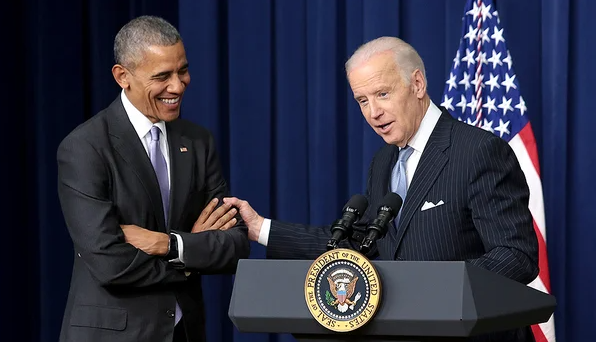 Fast forward to 2022 and take a second look at those who were chosen to fill roles, that could most quickly strip away the traditions of the nation and start the deconstruction of the U.S. Free Enterprise Capitalist economy. You know, those who are busy doing their nefarious deeds right in front of the American populations collective face.

The U.S. Department of Homeland Security (DHS), issued a bulletin on Monday, February 7th, with the title of: “Terrorism Threat to the U.S. Homeland.”

“The convergence of violent extremist ideologies, false or misleading narratives, and conspiracy theories have and will continue to contribute to a heightened threat of violence in the United States,” it states.
It stresses that any proliferating “narratives” DHS decides are “false or misleading” qualifies as a “terrorism threat”.

Some of the language used in the bulletin resembles what is found in documents and videos quoting fascist leaders from the past 120 years.

It has received backlash online after warning that Americans who are expressing “unwelcome” beliefs on issues such as the Chinese coronavirus and election fraud pose “an ongoing threat to the nation.”

The “threat actors” are accused of seeking to “exacerbate societal friction to sow discord and undermine public trust in government institutions to encourage unrest,” which could potentially lead to acts of violence.

Citizens are also warned of “[m]ass casualty attacks and other acts of targeted violence” by those “acting in furtherance of ideological beliefs and/or personal grievances.”

The bulletin also designates individuals and small cells “motivated by a range of foreign and/or domestic grievances often cultivated through the consumption of certain online content” as the “primary terrorism-related threat” to the country.

Coronavirus and “unsubstantiated widespread election fraud” are listed as subjects in which “false or misleading narratives” are being proliferated online.

“Grievances associated with these themes inspired violent extremist attacks during 2021,” it claims.

COVID measures such as vaccine and mask mandates are stated to “have been used by domestic violent extremists to justify violence since 2020” and can potentially continue to inspire them “to target government, healthcare, and academic institutions that they associate with those measures.”

As a result, DHS and the Federal Bureau of Investigation (FBI) are “sharing information and intelligence with our partners across every level of government and in the private sector” to combat the aforementioned threats.

The bulletin recommends that citizens report any “potential threats” and keep safe online by maintaining the “digital and media literacy” needed to “recognize and build resilience to false or misleading narratives.”

Social media users reacted strongly against the material in the document.

“The sociopaths who run our government have decided free speech = terrorism,” wrote Dan Gainor of the Media Research Center.

The sociopaths who run our government have decided free speech = terrorism. https://t.co/mNZBmL7WiN

Liz Wheeler added: “These threat actors seek to […] undermine public trust in govt institutions… which could potentially inspire acts of violence.” Holy cow. COULD POTENTIALLY INSPIRE. If you don’t “yes daddy govt” then you’re responsible for the violence that “could potentially” be committed. 3/

This, by the way, is a communist tactic. Label your ideological opposition as a dangerous threat – a terrorist! – and that gives govt the justification to silence them. Govt is just protecting citizens from the terrorists, right? Wrong. 4/

It is frustrating to watch the government, in partnership with big tech, increase their surveillance of American citizens while refining whom they have decided are those most in need of increased scrutiny.

Unfortunately, we are quickly approaching the crossroads providing two paths for our Constitutional Republic to follow.

One path leads us to a disconjointed, and painful path of Marxism. The other would be a very challenging moment for the leaders of our nation.

They would need to deconstruct the federal government by reversing all of the Biden administration’s actions, even down to the simple things like adding back in language identifying those in our nation illegally, as illegal aliens.

Pray that our leadership once again pursues righteousness and liberty, as the city on the hill that the world so desperately needs to see again.